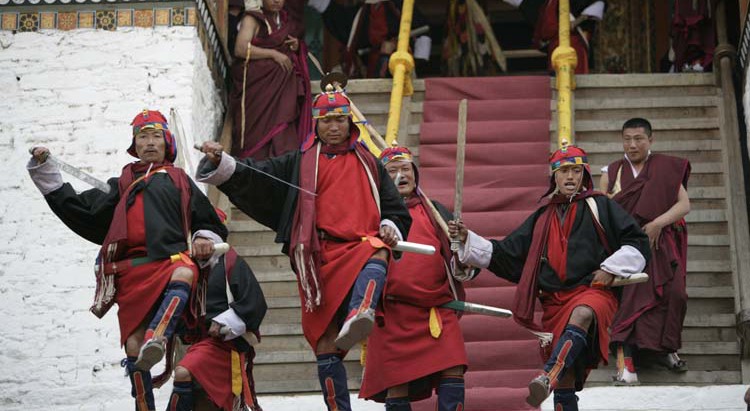 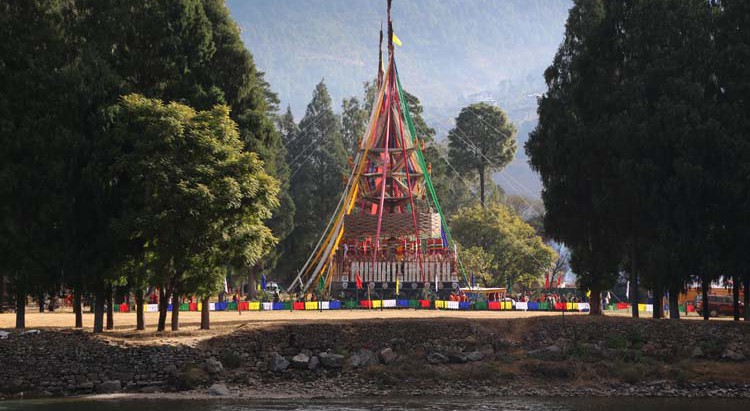 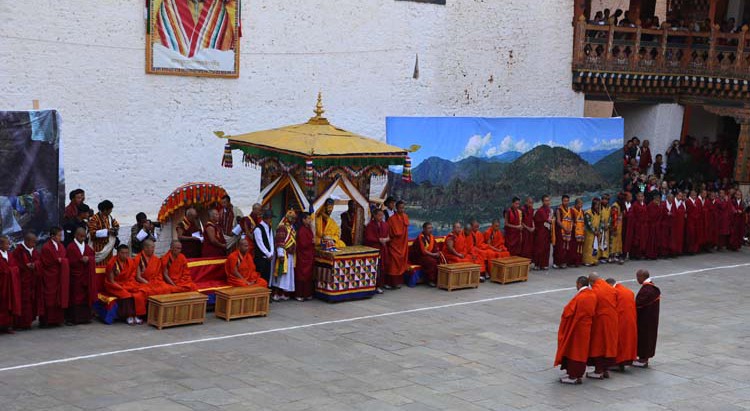 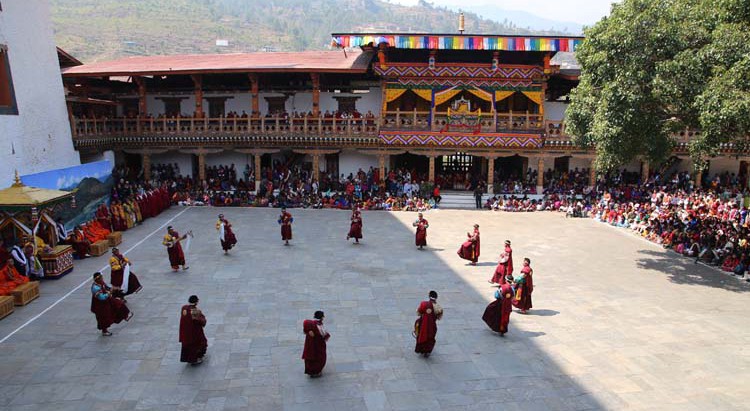 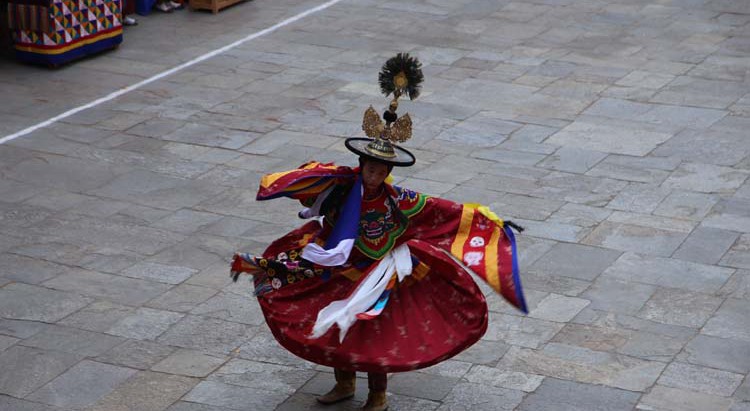 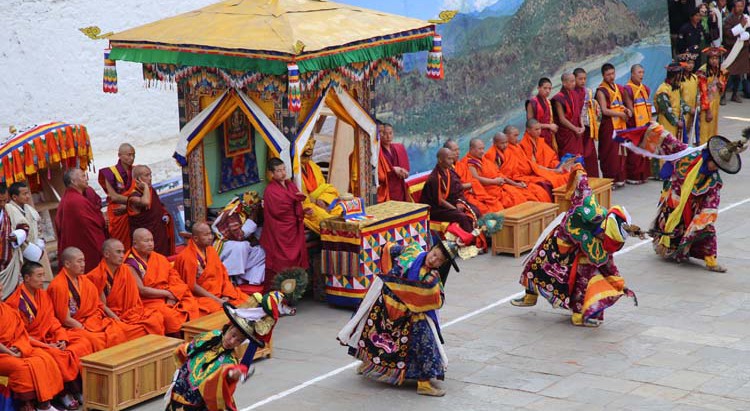 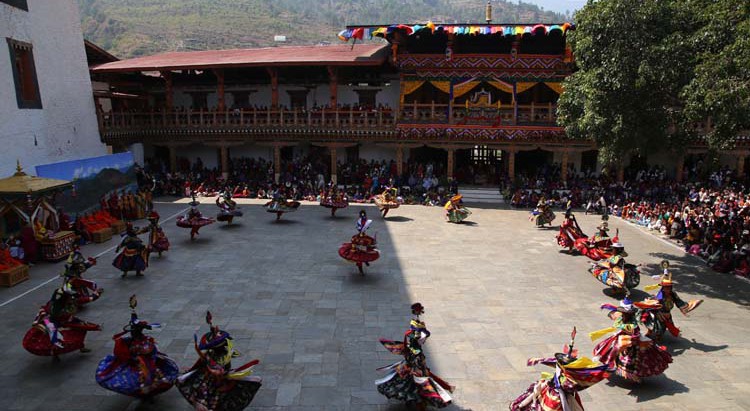 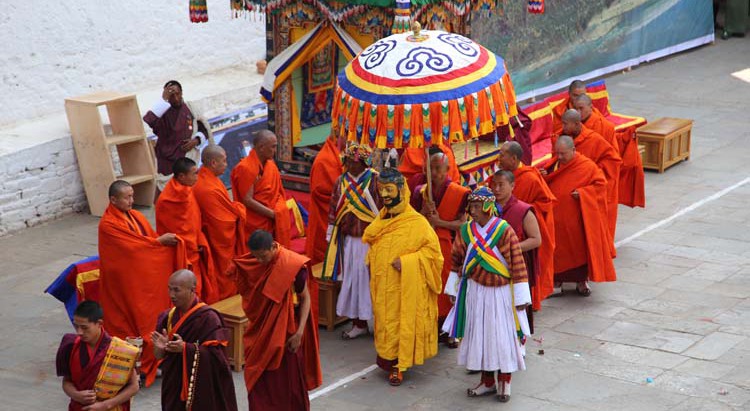 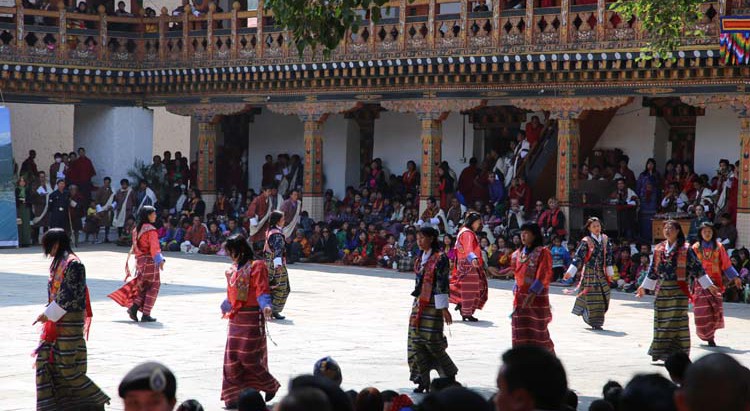 Punakha Drubchen is a unique festival as it hosts a dramatic recreation of the scene from the 17th century battle with the Tibetan army. This is one of the oldest festivals of the district. Unlike the annual festival called the tshechu, the Punakha Drubchen is a detailed dramatization of how the local Bhutanese militia duped and defeated an invading Tibetan army and forced them to withdraw. This 17th century event was also the beginning of the consolidation process of Bhutan as a country and it is historically very important for the country. This event is also a celebration of the Bhutanese roots.
The Punakha tsechu is one of the most popular tsechus in the country. It is held right after the popular Punakha Drubchen. The unfurling of the thongdrol (a large tapestry) of Guru Rinpoche is the attraction of the festival. It is believed that a mere sight of the thongdrol liberates an onlooker and cleanses him of his sins.

Know more about Punakha Festival and its origin Book this trip